The excellence of the trademarks DOP, IGP and BIO – with the thousands of employees – of the largest Italian citrus fruits region.
Produced by the Citrus District of Sicily and the MiPAAF, also presented in July 2015 during EXPO exhibition in Milan. 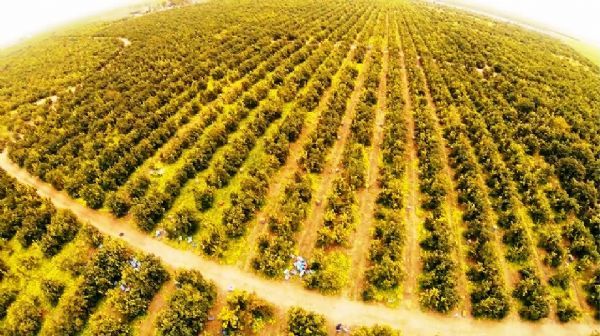 Sicily it is the main Italian citrus fruits region

Step C) Introduction to the corporate video and about the presence at Expo 2015 exhibition.

The first corporate vide, entitled “Sicilian citrus fruits. A day in the island of the sun.”, is produced by the Sicilian Citrus Industry. It introduces the whole industry starting from the citrus grove worker on a wooden ladder dedicated to harvesting the fruits, up to the great silos containing the juices extracted by the processing or packaging industries, describes the whole Sicilian citrus fruits industry and its people, for the first time and in chorus.

The video produced by the Citrus District of Sicily and the Mipaaf (Ministry of Agricultural, Food and Forestry Policies), will be introduced officially in July 2015 to the international audience of the EXPO exhibition in Milan, by the president of the Citrus District of Sicily, Federica Argentati, during a number of seminars and workshops concerning the Sicilian citrus fruits cultivation, scheduled for next week in Milan.

The video, supervised by the director Filippo Arlotta and accompanied by the original music of Giovanni Seminerio (violinist and composer), lasts 4 minutes and is translated in three languages (Italian, English and French).

The Citrus District of Sicily will be at Expo exhibition on the following dates:

Sicilian citrus fruits. A day in the island of the sun.